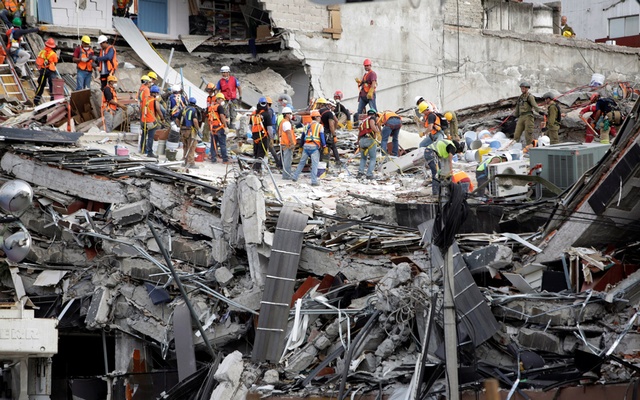 #thenewscompany : The death toll from a 7.1-magnitude earthquake earlier this week has climbed to 307, the Mexican government announced Saturday.

National Civil Defense chief Luis Felipe Puente said 169 deaths were
registered in the capital, adding on Twitter that 73 people were killed in the state of Morelos, 45 in Puebla, 13 in Mexico State, six in Guerrero and one in Oaxaca in Tuesday’s earthquake.

Mexico City Mayor Miguel Angel Mancera told Saturday’s press conference that rescue efforts were continuing at seven of the 38 residential and office buildings which collapsed in the city.

Earlier Saturday morning, rescue efforts were briefly suspended as the capital felt the effects of a new 6.1-magnitude earthquake in Oaxaca, which did not directly lead to any death but with 27 people being treated for injuries.

However, local media confirmed that two women died of heart attacks during the tremor as they tried to leave their homes in Mexico City.