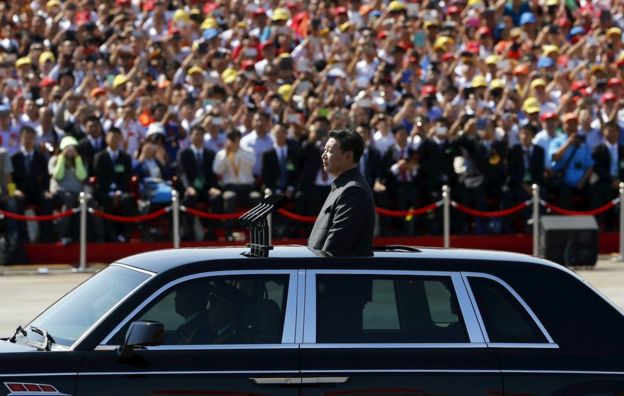 e-News® | The NEWS Company…BEIJING, Sept 3, 2015 : China kicked off a huge military ceremony marking the 70th anniversary of Japan’s defeat in World War II on Thursday, as major Western leaders stayed away. President Xi Jinping oversaw the event, riding in a black car past thousands of troops and hundreds of tanks and missiles ahead of a parade through Tiananmen Square. China’s “total victory” over Japanese invasion “restored China’s status as a major country in the world”, Xi said.

“The unyielding Chinese people fought gallantly and finally won total victory against the Japanese militarist aggressors, thus preserving zshina’s 5,000-year-old civilisation and upholding the cause of peace,” Xi said. He described the eight-year conflict as “a decisive battle between justice and evil, between light and darkness”. The parade comes as China takes a more assertive stance over territorial disputes with its Asian neighbours, after decades of double digit percentage expansion of its military spending. 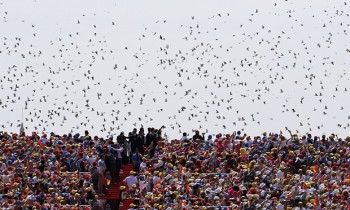 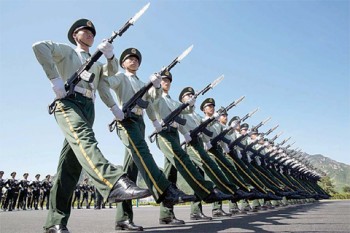 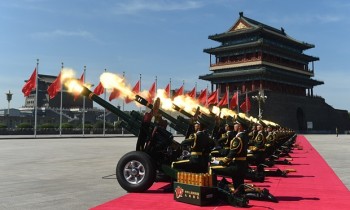 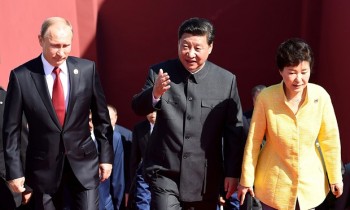 But Xi said that China’s military — the largest in the world — would be reduced by 300,000 troops and that Beijing will “not seek hegemony” in the world. Authorities have been making personnel cuts to the 2.3 million strong People’s Liberation Army for decades in a bid to make it more efficient. Leaders of major Western countries have stayed away from the parade, though Russia’s President Vladimir Putin was prominently in attendance.

10 Reasons It's Going To Get Worse For Research In Motion