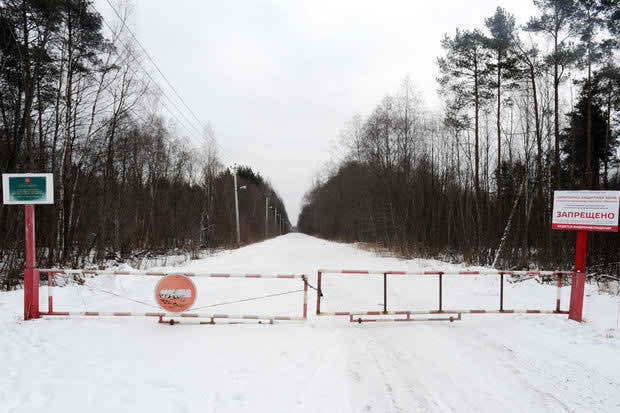 Krasny Bor is only one of the country’s many hazardous chemical storage sites. #thenewscompany #enewsbdpress

#thenewscompany – Environmental activists call it the “chemical Chernobyl”, a vast toxic waste dump outside Saint Petersburg they say is a dangerous threat to the environment of Russia’s second largest city. “The situation has been dire for many years and nothing has changed,” warned Viktoria Markova, a local environmental activist. She recently staged a 29-day hunger strike to draw attention to the Krasny Bor, or Red Forest, chemical dump, whose contamination she believes could leach into the city’s drinking water.

“We don’t want the site to be kept in this state,” Markova, a 50-year-old mother, told AFP. Krasny Bor, which sprawls over 73 hectares (180 acres), is the largest dumping ground for dangerous industrial waste in northwestern Russia, containing almost two million tons of toxic waste in open air pools.

“One of the pools is 27 metres (88 feet) deep. That’s the equivalent of a seven-storey building, while its surface area is similar to that of a sports stadium,” Markova said. “With the start of the thaw, the level of the pools has risen a lot. They have even overflowed in some places,” she warned. If such contaminated water reached a nearby stream, the Bolshaya Izhorka, “it will mix with rainwater and then reach the Neva River and the taps of Saint Petersburg residents,” Markova said, referring to the river flowing through the city centre.

This scenario does not appear totally far-fetched, following statements by Russian authorities. In mid-February, the country’s natural resources monitor Rosprirodnadzor said the concentration of dangerous substances in a manmade canal circling Krasny Bor exceeded permitted levels. Local prosecutors announced earlier that month that they had given the operator of the chemical site, Polygon Krasny Bor, six months to repair a number of its dams as well as a waste storage container. Invited by environmental activists to attend a recent press conference, the head of the operating company and local officials failed to turn up.

“The subject of Krasny Bor is still closed to the public. We cannot obtain any information,” said environmental activist Anatoly Polyakov. The municipal chief in the the nearby village of Telmana, Yury Kvasha, has also voiced concern. “The authorities make believe that the problem doesn’t exist and do nothing serious to resolve it,” he said.

Opened in 1970, this storage site treats toxic waste from the chemical and pharmaceutical industries, which are growing in number in the region. Krasny Bor is just two kilometres (one mile) away from the village of the same name and lies some 30 kilometres from the historic centre of Saint Petersburg, with its stuccoed mansions and renowned Hermitage Museum. Other storage sites of this type have usually closed after 20 years but Krasny Bor has been open for 45, according to activists.

It stopped taking fresh waste in 2014, but the activists said it continued to receive waste consignments illegally. “Apparently, the surplus waste was simply poured away in the woods at nightfall and at weekends,” according to Markova, but said “the new management, which took over in October, has ended this illegal practice.”

She acknowledges that the authorities “have started examining the situation” and also paying the back wages of staff at the site. But the enterprise is on the brink of collapse and is no longer able to manage the chemical waste it stores, Markova alleged. Krasny Bor is only one of the country’s many hazardous chemical storage sites.

“There are several hundred storage sites of such potentially dangerous toxic waste in Russia,” said Alexei Kiselyov of the environmental watchdog Greenpeace, citing notably a facility in the industrial city of Dzerzhinsk around 370 kilometres east of Moscow. “But we can say that Krasny Bor is an exceptional case because of its size and its condition.”

“The situation at Krasny Bor is not simple, but it is not at all critical,” the Saint Petersburg authorities told AFP, denying any possibility of leakage from the site and insisting that they are “in control of the situation”.