BlackBerry 10 Faster Than the iPhone 5 and HTC 8X

Internet on BlackBerry 10 faster than the iPhone 5 and HTC 8X. RIM apparently really prepare BlackBerry 10 OS. Blackberry’s latest operating system was found to have sufficient capital to beat smartphones in its class. 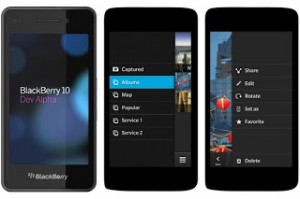 The tests proved that RIM’s latest operating system and the hardware they carry is able to optimize the speed of browsing. This is certainly a superiority Blackberry 10 as in the present Internet access has become a mandatory requirement smartphone users.

Indeed, the internet speed is determined by many factors. But the proof is to show the potential of the BlackBerry 10 against rivals.

No respite for HP, Dell in Windows 8