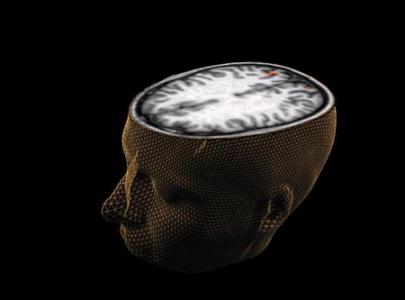 Governments on both sides of the Atlantic are placing big new bets on the future of brain science, just as much of the pharmaceutical industry retreats from the field.

Brain disorders ranging from depression to Alzheimer’s are extracting an ever greater social and economic cost across the globe. But while the United States and European Union are funding ambitious efforts in neuroscience, the private sector is often skeptical about the prospect of rapid breakthrough cures.

Many pharmaceutical companies harbor deep doubts about whether neuroscience is worth their investment dollars as a boom period for once highly profitable psychiatric medicines comes to an end and new drugs prove hard to find.

President Barack Obama unveiled a major initiative last week to map the individual cells and circuits that make up the human brain. That announcement followed a EU decision in January to award up to $1.3 billion to a Swiss-based project aiming to create a synthetic “computerized” brain.

The two programs – Brain Research through Advancing Innovative Neurotechnologies (BRAIN) and the Human Brain Project – have been compared with the Human Genome Project, the 13-year venture to map human DNA completed in 2003. In fact, they are even more ambitious, given their open-ended nature.

Yet it will be years, possibly decades, before the findings of these programs make any significant difference to the millions of people worldwide suffering from brain disorders – a challenge for both neuroscientists and industry.

Brain science may be on the cusp of a new era, but in the short term it is proving frustratingly hard to improve on the uneven effectiveness of existing drugs – such as the 25-year-old antidepressant Prozac – or to find new Alzheimer’s treatments.

At a festival of neuroscience on the banks of London’s River Thames this week, 2,000 neuroscientists from all areas of the field tried to bring their work to life for the public.

Wearing blue badges saying “ask me about brains” enthusiasts from universities, charities and patient groups invited visitors to “knit a neuron” or stimulate their grey matter by interacting with a walking man-sized sponge brain.

In rooms set back from the fun, brain scientists presented data on the prefrontal cortex and decision making, and delivered lectures on neuropsychiatry in the 21st century.

Some were buoyed by the news that world leaders have finally begun to notice their field, and are stumping up serious cash, but there is also a fear the big brain projects may generate more hype than help.

“There’s going to be a lot of hype about this, just as there was at the beginning of the Human Genome Project,” said Stephen Rose, a professor of biology and neurobiology at the Open University and the University of London.

“(Obama’s BRAIN plan) will no doubt advance neuroscience, but whether it will advance patient care is a different question,” he said, confessing also to “considerable skepticism” about the European brain project. That, he said, would probably do more for computing than it would for brain science.

Moncef Slaoui, head of research at GlaxoSmithKline, knows the ups and downs or the neuroscience field.

His company is one of those that has cut back its research and development work in neuroscience areas such as pain and depression, although it is still investing in diseases such as multiple sclerosis, Alzheimer’s and Parkinson’s.

Britain’s biggest drugmaker also has a new vision for treating disease by developing “bioelectronics” to target the electrical signals transmitted by nerves.

“With the investments that are being made now in brain mapping, I am very confident that major breakthroughs will come – I just don’t know when,” Slaoui told Reuters.

Although the Western world is still popping plenty of pills for mental illness, patent expiries and tumbling prices as cheap generics hit the market mean industry profits are eroding fast.

Worldwide sales of antidepressants, which peaked at $15 billion in 2003, are set to fall to $5.4 billion 2018, while antipsychotics are expected to tumble from a record $21 billion in 2011 to $9.8 billion, according to consensus analyst forecasts compiled by Thomson Reuters Pharma.

Yet there is still a big unmet need, with depression alone expected to be the largest cause of disability worldwide by 2030, according to the World Health Organization.

The economic consequences are also huge, with the World Economic Forum estimating in 2011 that the cumulative global impact of mental disorders in terms of lost economic output would amount to $16 trillion by 2030.

Finding new drugs to treat brain disorders is notoriously tough. Early tests on animals are of limited value, since mice cannot tell scientists what they are feeling, and placebo drugs – or sugar pills – tend to have a major impact in human studies, making it very hard to know if a particular drug is working.

David Nutt, a professor of psychopharmacology at Imperial College London, also says restrictive rules on the drugs researchers can use to explore the brain are hindering progress.

“Most of the studies we do in animals that tell us about the brain use drugs which we cannot use in humans,” he told Reuters. “We need to have a toolbox for human use. We need to have them made available so that we can ask fundamental questions about human brains.”

Companies that have cut back neuroscience work in recent years include GSK, Merck, Novartis and AstraZeneca, with the latter taking a further step to downgrade the area last month.

But not everyone is quitting. Eli Lilly and Johnson & Johnson still have major investments in neuroscience, while Roche – best known for cancer treatments – has recently increased its investment on brain disorders.

“It’s still early days but we believe there is a lot of potential in neuroscience,” said Roche CEO Severin Schwan.

The Swiss drugmaker has a new treatment for schizophrenia in final-stage Phase III trials, results of which are due in the first half of 2014. If it works, Deutsche Bank analysts believe bitopertin could be a $4 billion-a-year seller.

Other analysts are skeptical, especially since the success rate for brain drugs in Phase III is poor, averaging around 50 percent against 50-80 percent for other disease areas.

The general pullback by industry has thinned out the field, which could be good for those companies remaining – although it may not last.

“The big brain initiatives in both the U.S. and Europe are long-term. Ultimately, I wouldn’t be surprised if this ends up throwing up positive developments that prompt Big Pharma to re-enter the area,” said Anders Gersel Pedersen, research head at Danish neuroscience specialist Lundbeck.