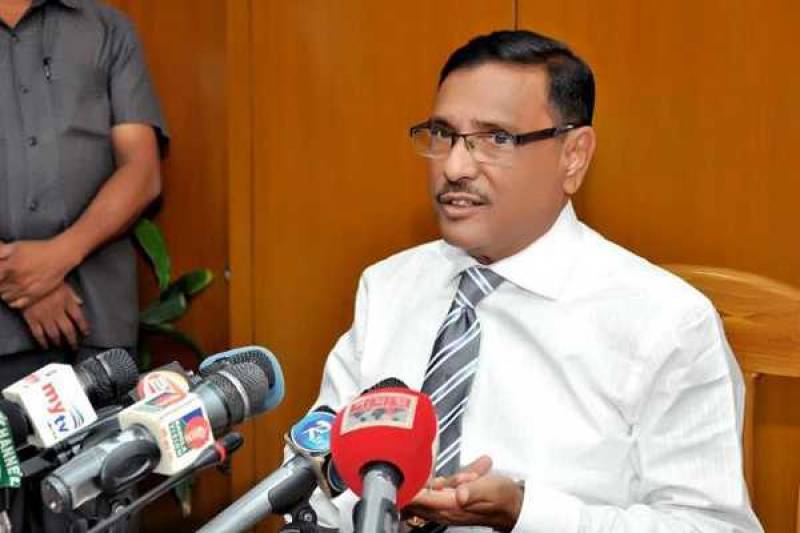 “The BBIN Motor Vehicles Agreement would help boost economy of the four countries,” he said while giving a statement on Rule 300 of the Rules of Procedure in the Parliament today. The Minister said the BBIN Motor Vehicles Agreement was signed on June 15 in the Bhutanese capital of Thimphu for the regulation of passenger, personal and cargo vehicular traffic among four SAARC countries.

During the agreement signing ceremony, a ‘flagging of motor rally’ was held for surveying the route of the region, Quader said, adding, “We have finalized our priority projects to establish connectivity among the four countries.”

In the statement, Quader said, “We have signed the BBIN agreement as a milestone diplomatic efforts of the government and the key person behind the agreement is Prime Minister Sheikh Hasina.” The agreement would promote safe, economical, efficient and environmentally sound road transport in the region and the BBIN countries would be benefited by mutual cross-border movement of passenger and goods for overall economic development of the region, he said.

“Let our borders be no longer treated as separators but as connectors,” the minister said. He said the cabinet approved the draft of a framework agreement for motor vehicle movement in four counties of the region — Bangladesh, Bhutan, India and Nepal — to improve connectivity among the countries on June 8, 2015. The minister said development is a multi-sector phenomenon and connectivity is as like as a live-river and none can stay separately during the development of the highways. He said the construction work of the Padma Bridge is going on in full swing and the piling work of the bridge would start in October along with river training.

As a young generation project, construction of the metro rail has already begun following a fast track project of the government and the main construction work of the metro rail would begin on February next, Quader said in his statement. “We have another dream project ‘Karnaphuli Tunnel’ and a memorandum of understanding (MoU) was signed between Bangladesh and China during the state visit of Prime Minister Sheikh Hasina in Beijing,” he said. The minister said an agreement for construction of the tunnel under the Karnaphuli River would be signed with a company nominated by the Chinese government end of this month.

Phones that let you feel the world

Digital wallet soon in every pocket