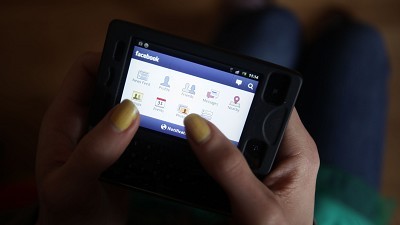 Complaints of crimes involving Facebook and Twitter have increased 780% in four years, resulting in more than 650 people being charged this year, police figures show.

The phenomenon of social networking crime was comparatively minor in 2008 with 556 reports made to police, according to the statistics released by 29 police forces in England, Scotland and Wales under the Freedom of Information Act, but this year 4,908 offences in which the two sites were a factor were reported.

It is important that forces prioritise social networking crimes which cause genuine harm, rather than attempting to curb freedom of expression, he said.

“It is a new world for all and we could end up in a situation where each constabulary needs a dedicated Twitter squad. In my opinion, that would not be a good use of resources in difficult financial times.

“We need to accept that people have the right to communicate, even to communicate in an obnoxious or disagreeable way, and there is no desire on the part of the police to get involved in that judgment.

“But equally, there are many offences involving social media such as harassment or genuine threats of violence which cause real harm. It is that higher end of offending which forces need to concentrate on.”

Police forces were asked to provide the number of crime reports in which either Facebook or Twitter was a key factor. This included offences committed on the sites, such as posting abusive messages, and those which were provoked by postings, including violent attacks.

A total of 653 people faced criminal charges over the allegations this year, according to the forces which responded. In 2008, 46 people in all force areas were charged in cases connected to the sites.

Mr Trotter said offences can be roughly divided between crimes which would have been committed, albeit in a different way, before the emergence of social media and those which exist because of the online platform.