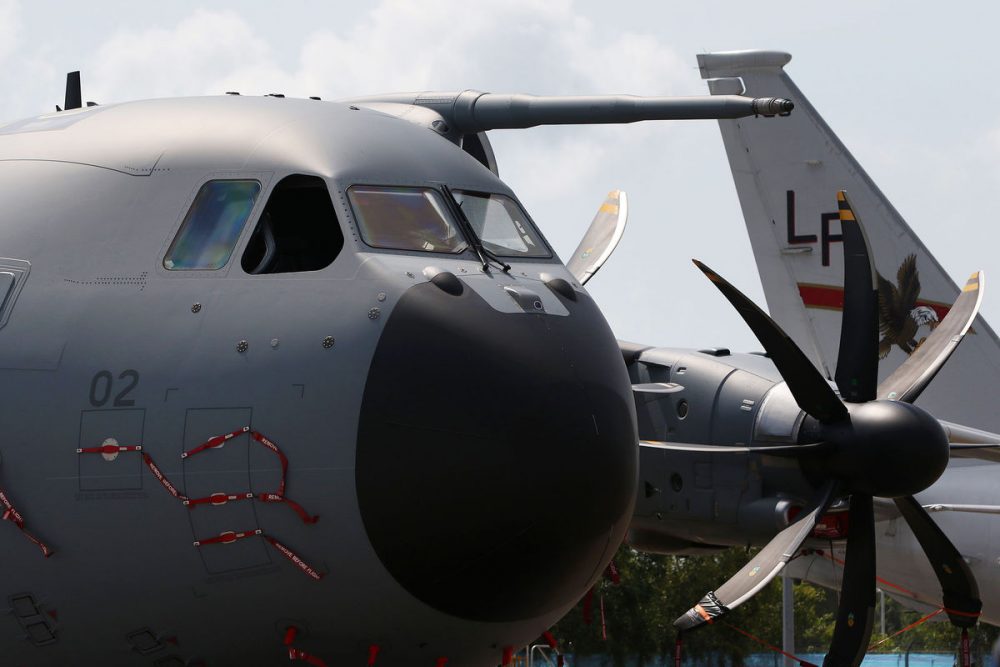 #thenewsompany – Airbus Group SE disclosed a cracking issue in its A400M military transport aircraft Friday and said its government customers must inspect the planes and make fixes if necessary. The issue doesn’t impact flight safety, the European planemaker said. The issue was first identified in 2011 in tests before the plane went into service, Airbus said in an e-mailed statement. The company has agreed with the European Air Safety Agency and A400M customers on solutions that are currently being implemented.

“As part of the normal quality control processes in the A400M fleet we have identified a material issue,” Airbus said in a statement late Friday. “It concerns a previously unknown cracking behavior of an aluminum alloys material. The issue is not impacting flight safety and does not require any immediate measures beyond a program of inspections and repairs that can be incorporated into the normal maintenance and upgrades schedules.”

The cracking issue adds to a chain of woes that have emerged since Airbus began developing the plane for seven European customers and Turkey more than a decade ago. It also raises questions about how much more money must be spent getting the plane into shape in order to satisfy customers. The military transport has been Airbus’s most consistent bugbear over the last decade, with repeated delays causing it to enter service five years late. The defense program has cost the company and governments 25 billion euros ($28 billion), about a quarter more than originally planned, though military customers from the U.K., France and Germany are eager to get their hands on a modern transport plane to replace aging equipment.

About a year ago, one of the planes crashed near the A400M plant in Seville, Spain, killing four people. Airbus said three of the engines experienced power freezes and stopped responding normally to the crew’s commands after liftoff. Earlier this year, Airbus discovered issues affecting the gearbox of the aircraft’s turboprop engines and said original plans to deliver 20 planes this year may be compromised.

The materials issue was first publicly identified last month by the German newspaper Die Welt. The German government said a swap of airframe components in the country’s A400M planes could take as long as seven months to complete, Reuters reported Friday.

Germany to give Euro 208 million to Bangladesh