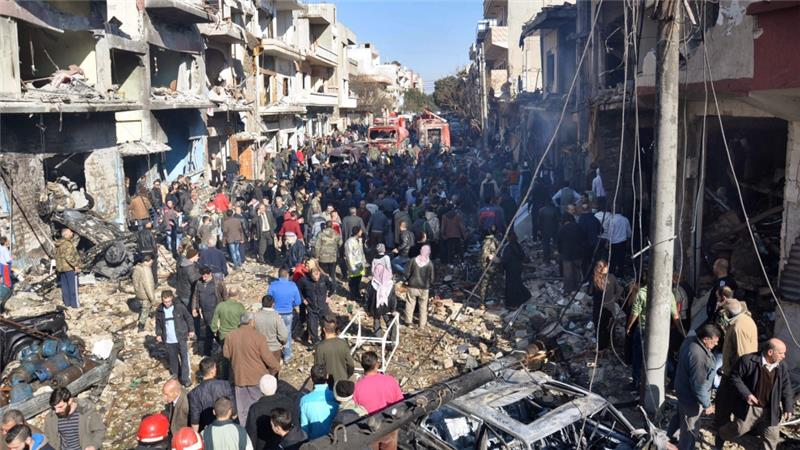 The attack was claimed by the Islamic State of Iraq and the Levant (ISIL) group. Homs Governor Talal Barazi told the SANA news agency the checkpoint was hit “first by a car bomb, which was then followed by a suicide bombing”.

Syrian state television broadcast footage of the aftermath of the Homs bombing, showing extensive damage to shops and apartments around the site of the explosion in the Zahra neighbourhood, which is inhabited mostly by members of President Bashar Assad’s Alawite sect.

The Britain-based Syrian Observatory for Human Rights, which relies on a network of informants across Syria for its news, said the death toll had climbed to 25, with 15 of the casualties being security personnel.

The Observatory said witnesses at the scene said the first bomber attracted a crowd by shouting curses about the Homs governor, then blew his vehicle up. ISIL said it was responsible for the carnage, according to a report from the Aamaq news agency, which is affiliated with the group.

Homs, which was once known as the “capital of the revolution”, is Syria’s third-largest city and was one of the first to rise against the government in 2011. Government forces have since managed to expel most fighters from the city but much of it has been destroyed.