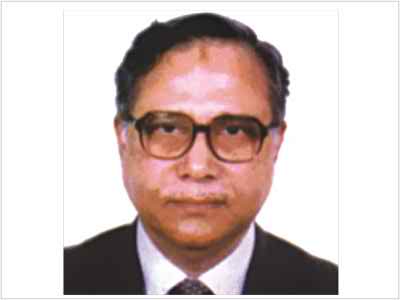 “The Law Commission has taken necessary initiatives to enact laws to stop distortion of the recognized history of War of Liberation,” Justice Haque told the leaders of Ekatturer Ghatak Dalal Nirmul Committee. Haque, also a former chief justice, welcomed the assistance of the committee to this end, a press release of the committee said.

The release said the committee has given a task to its Law Secretary Barrister Turin Afroze to extend necessary support to the Law Commission for framing such laws.

Earlier, the committee leaders came up with a demand for enactment of laws like Europe’s “Holocaust Denial Act” to put an end to twisting of the recognized history of the War of Liberation including the denial of 1971 genocide and the declaration of independence.

Such an act must be framed, they said, adding that due to absence of necessary laws in this regard, the International Crimes Tribunal could not give orders to confiscate the movable and immovable property of those convicted by the tribunal.

If the victims are not given proper compensation, the trial for their 44-year plight would remain unfinished, they observed. The leaders handed over some documents, research papers and publications related to Europe’s “Holocaust Denial Act”, the release said.

From the Law Commission side, its members Justice ATM Fazle Kabir and Professor Dr Shah Alam and other officials were present.