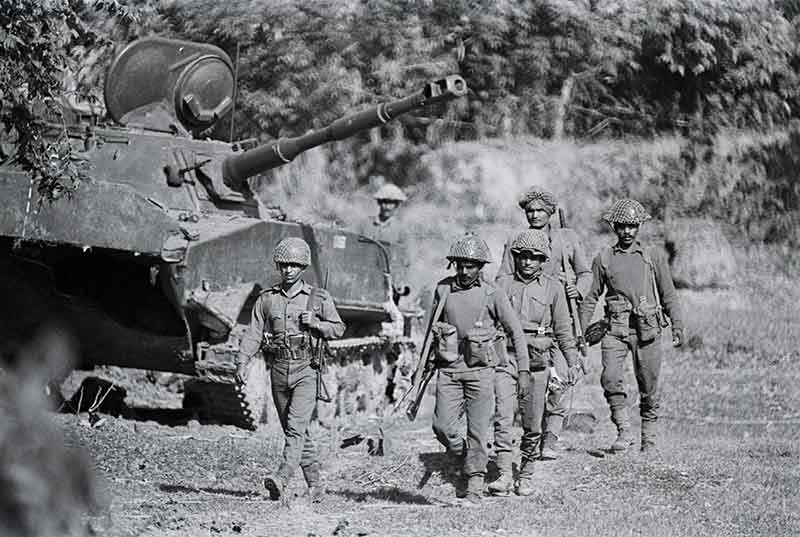 e-News® | The NEWS Company…DHAKA, Dec 08, 2015 : On the “Black Night” of 25th March 1971, the Pakistan army struck first at Rajarbagh Police Lines, as the Bengali policemen had overwhelmingly supported the non-cooperation movement called by Bangabandhu Sheikh Mujibur Rahman earlier that month. ireless Operator Shajahan Miah was manning the wireless set when the news of the first attack came. He promptly sent a message to everybody including Bangabandhu that the Police Lines had been attacked and called upon the nation to resist the Occupation Forces.

Recalling those days, Shajahan Miah says in a recent documentary on the resistance at Rajarbagh Police Lines: It was half past eleven at night. Policemen at the Rajarbagh Police Lines had taken up positions. An armed Pakistan army vehicle took up position at the Shantinagar crossing. A Bengali policeman fired from atop Dawn School which hit a Pakistani soldier. He immediately collapsed. That was the first shot fired for the liberation of Bangladesh.

Immediately, the Pakistanis retaliated with heavy shelling from their tanks. Within seconds Rajarbagh had been converted into a battlefield. I was shivering with excitement sitting at the top of the wireless post. I knew what I had to do: I sent a wireless message. Narrating further, he said, “Our rifles had only 5-10 bullets but they had thousands. The message I sent in English was: ‘We have been attacked. We are resisting. Join the resistance, too. Protect yourself.'” I sent the message to all districts and sub-divisions, Shajahan said.

“At around ten we received the first wireless message from Tejgaon industrial area that the Pakistan army was headed our way. It further said that they will attack Dhaka city, soon. As soon as the message was received, Sipahi Abdul Ali rang the alarm bell,” he recollected. “Hearing the alarm bell everybody rushed towards the Ordnance. Over a hundred policemen gathered in front of the Ordnance. They were in a hurry to arm them to face the enemy.

“Seeing the Depot locked some of them rushed to Reserve Inspector Mofizuddin’s house for the keys. But Mofiz had already fled along with his family. “Initially, the gathered policemen tried to break open the lock by firing into it with the rifle of the sentry but it did not work. Later, a shovel was used to break it open. In frenzy, everybody seized the arms and ammunition and gathered under the flag stand. By this time, Captain Mortuza and a few others had raised the flag of independent Bangladesh there. Everybody saluted the national flag and ran off to take up their positions,” he went on. Going back further, he reminiscences that around eight o’clock they were receiving news of an impending military crackdown. They received the first message from the son of the president of the Dhaka chapter of Awami League, Gazi Golam Mostafa.

Later, Bangabandhu’s eldest son Sheikh Kamal came to Rajarbagh in a motorcycle and also said the same thing. Shajahan Miah’s message electrified the entire nation and through the darkness of midnight like a thunderbolt arose the Bengali desire for freedom.

Aware to sell patents to Intel for $75 million, shares surge