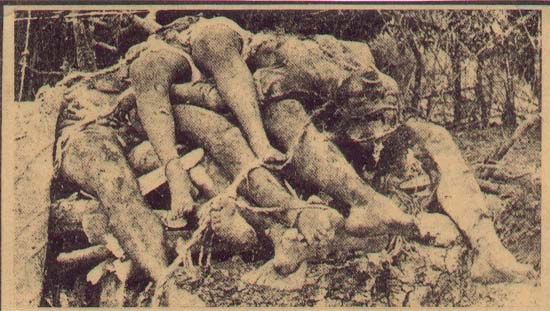 e-News® | The NEWS Company…DHAKA, Dec 12, 2015 :  Former US Senator Edward Kennedy in 1971 at the end of his visit of relief camps of Bangalee refugees in India was utterly shocked and termed the 1971 genocide by Pakistani occupation force in the then East Pakistan “a tragedy for the entire world.”

“The Testimony of Sixty”, a publication by US based relief organisation Oxam in October, 1971, carries the statement of the US Senator along with description of sixty men and women including Mother Teresa. The publication attracted the people across the world at that time. 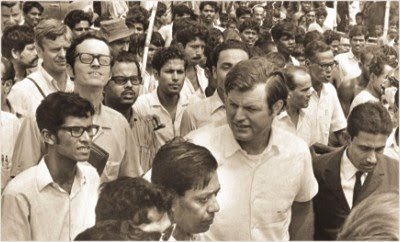 A Canadian journalist Stanly Burk in his report that was incorporated in the Oxfam edition said, “It is thought provoking to realize that in the First World War people were horrified by the sinking of the Lusitania with the loss of few hundreds lives.

In the Second World War people were shocked by the bombings of Hiroshima at a loss of 150,000 lives. Today the world is indifferent to a tragedy (1971 tragedy in East Bengal) affecting millions.”

There are such sixty descriptions what their writers termed those ‘edefying description’ and four photographs of Gerald Scarf on 1971 tragedy in the Oxfam publication ‘The Testimony of Sixty.’

Gerald Scarf was requested to send a write up on what he witnessed in 1971, but he sent the four photographs saying, “I am not a man of words.”

“They are the eyewitness and the story they tell is horrifying. It is story of millions hounded, homeless, and dying. It is, too, a story of the world community engaged in communal ostrich act,” according to the introduction of the Oxfam publication.

A population the size of Sweden and New Zealand together have already fled from their homeland. Millions more who remain now face famine.”